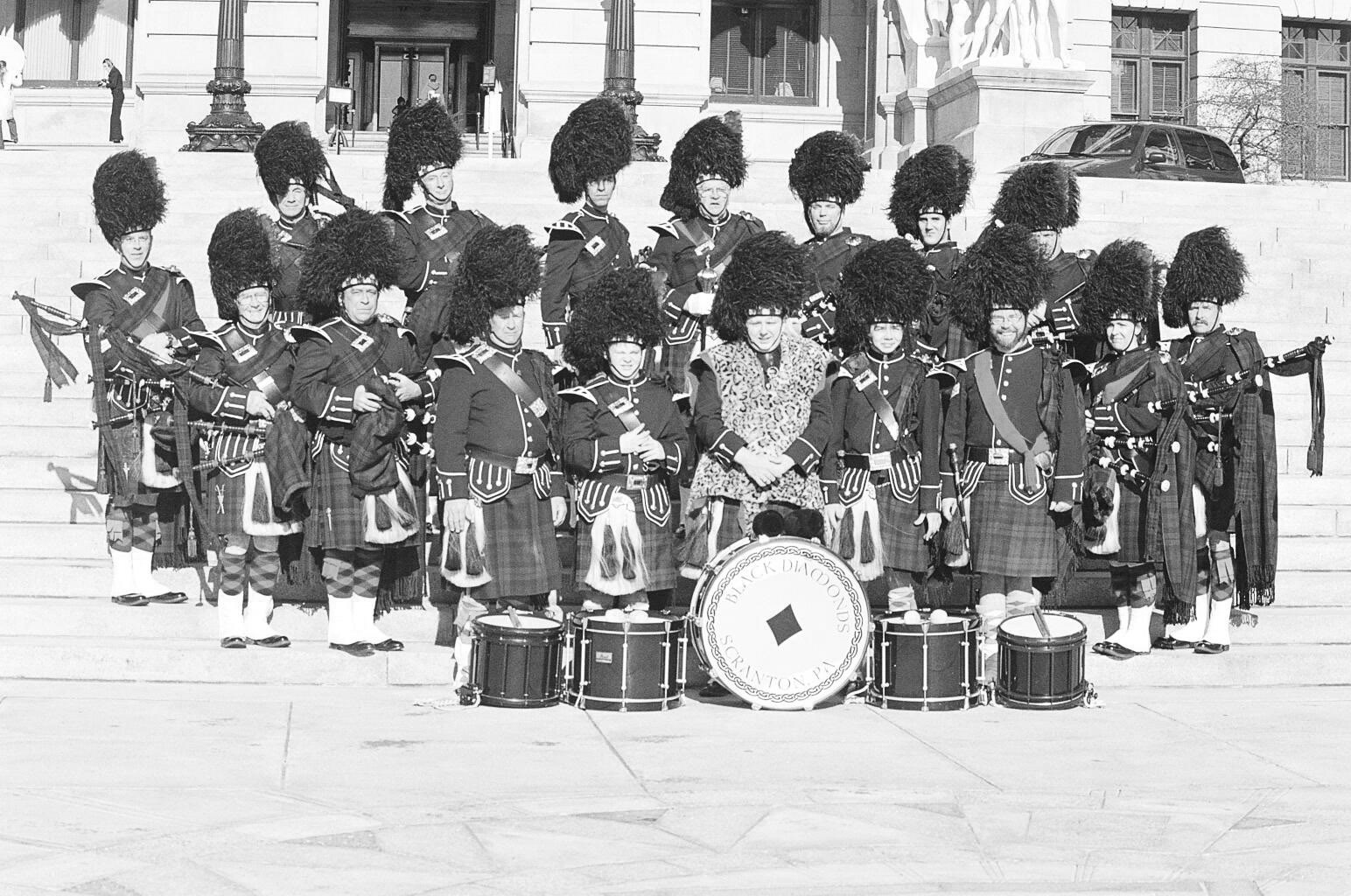 The Greater Scranton Black Diamonds Pipe Band was formed in May 1995. Originally, the band consisted of five members, but it has grown in numbers and talent since that time. Most band members live in the Northeastern Pennsylvania and the Greater Scranton area. The band is a volunteer unit, and has members who range in age from teenager to senior citizen, and who come from diverse backgrounds. The Black Diamonds Pipe Band is always interested in gaining new members for the pipe, drum, and color guard ranks, and there are always students learning to play the pipes or drums in order to become full band members.

The Black Diamonds Pipe Band performs at numerous annual events. It attends St. Patrick’s Day Parades in Pittston PA, Scranton PA, Wilkes-Barre PA, Allentown PA, and Girardville PA. The band has participated in the Armed Forces Day Parade in Scranton, the Washington D.C. Memorial Day Parade, and the Harrisburg PA St Pat's parade, and has performed multiple times at the West Point Military Tattoo. The band also performs at numerous volunteer fire company parades throughout the area during the summer months. The band is privileged to play at several annual St. Patrick's Day dinners, and is honored to play at weddings and other special events throughout the year.